For starters, what would even possess me to order pork knuckle? Especially at a German-themed beer barn in a cobble-stoned lane in Melbourne – mayhaps if I’d been in the motherland it would be a different story…

I digress. With three weeks left to go before TBT (The Big Trip), I am cramming in as much BFF-time as I can. This has resulted in a weekly date-night, where we go to a ‘nice restaurant’ or, as last night played out, a ‘novelty restaurant’ (two words that should NEVER go together, unless it’s Bobby McGees circa 1991) and eat til we’re sick and drink copious amounts of wine/beer/martinis.

So on a crisp Melbourne eve, we decided to try somewhere different. We were both in the mood for something hearty; something goulash-y; something winter-y – preferably with sauerkraut and sour cream and meat. That’s a weird combination, isn’t it? It’s true though – these were the pre-requisites to be met before we ventured into the chilly air. And it dawned on us, like the sun peeking over the Norwegian horizon on the 14th of February (that’s the first day they see sun in, like, 4 months or something – FACT!!*), WE SHOULD CHECK OUT THAT JAH-MARN PLACE NEAR DING DONG!!!!

Off we went, and BOY! were we delighted when we stepped inside those heavy wooden doors…. Men in lederhosen!! Buxom wenches carrying around massive steins of beer! A band!!! Tables and tables of merry office workers and Lonely Planet-reading tourists enjoying schnitzel and pickles and potato dumplings and spatzle (my favourite word). According to their website, they also have yodelling and slap-dancing which we, unfortunately, missed…

But on ordering, and the subsequent arrival of our dinner, our excitement quickly turned as sour as the kraut on our plates when we were served two whole pigs lashed with crackling and gravy and mustard and cabbage (my pork knuckle even had a KNIFE sticking out of it!!!). O yes, I agree it sounds like heaven to anyone of European descent (sweeping generalisation), but when faced with it, it was too too much.

Here is a picture of us trying to be excited by our meals, but are, in fact, terrified. 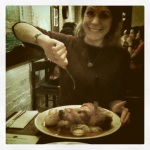 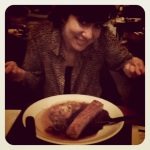 We soldiered on for as long as we could. Based on the sheer size of the knuckle and belleh, I think we did a pretty good job to eat as much as we did without dropping dead of heart failure. Quickly and silently, we nodded at each other, strategically placed our paper napkins atop the uneaten swine, paid our bill, and left.

Hauling our sorry, salty bones outta there, we lurched down Little Bourke Street, bemoaning our poor decision to go against out better judgement and dine in at a restaurant where the staff were forced to heave their bosoms and pose with two steins for drunken businessmen (how many Facebook photos are titled “Nice jugs, love!” after a trip here???). Oddly enough, we went straight to Myer, where I purchased a new suitcase and several pairs of underpants.

High on brine, we staggered into one of our favourite Melbourne restaurants and demanded:

The candlelight cast us in a flattering light… The Montenegro aided our digestion…. The chocolate pudding and home-made vanilla ice-cream replaced the taste of vinegar and pork in our mouths and took us to our happy place…. Bliss.

The moral of this story? There’s not one. I love trying new things. And between you and me, novelty restaurants are kinda hilarious, because it’s not like you go for the food, right? Except that we did. Dummies! But this Jah-marn beer house is like a Euro-equivalent of Dracula’s or Witches in Britches. And I’m glad we went there, because it was something a bit different and something VERY silly and something filling and coma-inducing, but fun. Those 25 minutes before our food came out were the most exciting 25 minutes I’ve had in a long time.

And really, when you’re with your bestie, EVERYTHING is good. It really is.

*this is actually not a fact. I think I saw something on Twitter about this a few days ago but now I can’t find it. But either way, it’s exciting when you see a sunrise after a whole winter of darkness. And it’s exciting having a lightbulb moment when it comes to dinner. So it’s all much of a muchness, right? Eep.

My friend Margie asked if there would be dogs on my blog. To which I replied:

I love dogs. I love their ability to brighten the greyest of days, and lift the darkest of spirits. My dog Gus is a black Schnauzer and he is amazing and I am going to miss him o so much when we’re away…. Right now he’s lying next to me on the couch and he’s resting his beardy chin on my leg – *sigh*.

So I’m really looking forward to meeting my friend Fiona’s dog Kashi when we’re in London. Here is Kashi being a big boundy pooch-face in the park.

Kashi in the park

I can’t wait to have a cider on a warm London evening with Fiona and Jerome and Rich and Kashi. I imagine Kashi will probably knock OVER my cider and then stand in our picnic of cheese and bread….

… I would definitely stay here. I think I would stay in The Cabin. And I would arrive via hovercraft. Or jetpack.

The other week I paid a delightful visit to the travel doctor for some all-important immunisations. I’m usually not too fazed by overseas travel and injections and the like – I’ve never really bothered with it before – but because we’re headed to the Amazon (or The Amazin’, as I like to call it) my mind has started going bananas with thoughts of:

The likelihood of any of this happening is slim to none, but the more I think about it, the more I think “ESSENTIAL”. How terrible would it be to sustain a life-threatening illness at the hands – nay, TEETH – of a rabid dolphin??? Dreadful.

So off I went. I told the doctor:

“Just give me the essentials, and don’t try to scare me into thinking I need EVERYTHING”.

“Well, you HAVE to get Yellow Fever. And you should also definitely get Typhoid. YOU CAN DIE. AND WHAT ABOUT HEPATITIS A AND B??? AND A FLU SHOT?? AND RABIES????? And did you know there is a currently a MEASLES EPIDEMIC IN PARIS??????”

She was doing a great job of quelling the ol’ nerves. Doctors are really very excellent at spying vulnerability and injecting them with not one, but 4 needles full of revoltingness. Well – I had 2 that day, and go back for the 2 “big ones” next week (LIVE ANTIBODIES!!!!! Party on!!!!!).

While at the travel doctor, I also had to have a blood test to see if I was still immune to rubella, measles and mumps. Everytime I think of someone with the mumps, I think that they look like that guy with the salami stuck on his head from that movie Hellboy, but I’m pretty sure I’m just getting mumps confused with ‘meatface’.

Anyhoo, I’m usually quite fine with blood tests. Needles don’t really bother me, unless I’m looking at it, which I DON’T DO. The nurse looked at my inner-arms, found them both to be suitably test-worthy, and jabbed a big long needle into my right inner-elbow. It felt OK, and then – POW – it didn’t feel ok. In fact, it FLIPPING HURT!!!

He pressed a cotton wool ball on my arm, tutted a bit at himself, looked at the tube of blood extracted from my vein, shook it around, tutted a bit more, then said:

“I don’t think we got enough blood out of that arm. I’m going to have to do it again.”

Fortunately, my left elbow vein was more forthcoming and the blood tube filled up quickly and, thankfully, painlessly.

I went on my semi-merry way, with a sore tetanus-arm and a relatively sore blood test arm. I took myself straight to the Gasometer and had a cider and a huge plate of fried chicken, followed by the most enormous slice of carrot cake I have EVER SEEN and felt much better. Until later, when I got quite a bad tummy-ache. But it was worth it.

The apology for the blood test was not heartfelt enough. Nearly two weeks later, and the avocado shaped and hued bruise has only just faded. I’m so glad the weather has been so bloody cold lately, lest the world be confronted by my hideous junkie arm. Bleck!

* I’m pretty sure ‘evil sloth’ is an oxymoron. Need proof?

Meet the sloths from Lucy Cooke on Vimeo.

Sometimes you do. Sometimes it’s hard to get something started ‘just because’. It shouldn’t be. Writing should be something you just do, because you love it, or because you have interesting stories (or think you do!), or because you have a bad memory and want to document your days and experiences. It seems strange to me that we often need an ‘event’ (Hello brides! Hello new parents!!) to get a blog up and running, when really, we should just get things started.

That said, I needed a reason to get the ball rolling on this bloggy behbeh.

On the 18th of July, my darling fella and I are embarking on a 5 month adventure around the world. This is a HUGE thing for us – it’s the longest time either of us have ever been away from home, and it’ll be the longest time we’ve spent together alone; we’ll have friends and family joining us along the way, but in the nearly 8 years we’ve been together, the longest we’ve been “just us” has been about 2 weeks. Tis a pretty exciting prospect!

Soooooo, The Adventures of Wembolina is a diary of our travels, and the leadup (we’ve got 5 weeks to go!), and the aftermath. This is a way for us to plan and keep in touch and share our tales and photos and good bits and bad bits, but most of all, document everything. I hope you like it… 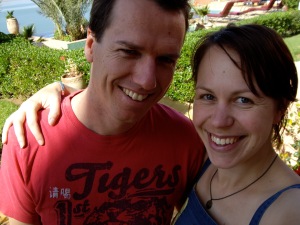 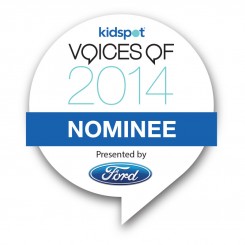